Mary is stuck in Section One, living with three hundred women in a crumbling hospital. She wonders what life was like two centuries ago, before the Cleansing wiped out all the men. But the rules—the Matriarch’s senseless rules—prevent her from exploring the vacant city to find out.

Taylor’s got a dangerous secret: he’s a boy. His compound’s been destroyed, and he’s been relocated to Section One. Living under the Matriarch means giving up possessions, eating canned food and avoiding all physical contact. Baggy clothes hide his flat chest and skinny legs, but if anyone discovers what lies beneath, he’ll be exiled. Maybe even executed.

Taylor should go. The Matriarch is watching his every move. But running means leaving Mary—and braving the land beyond the compound’s boundaries. 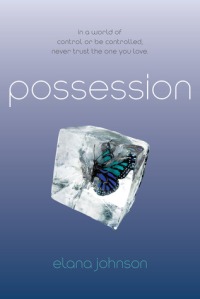 Vi knows the Rule: Girls don’t walk with boys, and they never even thinkabout kissing them. But no one makes Vi want to break the Rules more than Zenn…and since the Thinkers have chosen him as Vi’s future match, how much trouble can one kiss cause? The Thinkers may have brainwashed the rest of the population, but Vi is determined to think for herself.

But the Thinkers are unusually persuasive, and they’re set on convincing Vi to become one of them…starting by brainwashing Zenn. Vi can’t leave Zenn in the Thinkers’ hands, but she’s wary of joining the rebellion, especially since that means teaming up with Jag. Jag is egotistical, charismatic, and dangerous–everything Zenn’s not. Vi can’t quite trust Jag and can’t quite resist him, but she also can’t give up on Zenn.

This is a game of control or be controlled. And Vi has no choice but to play. 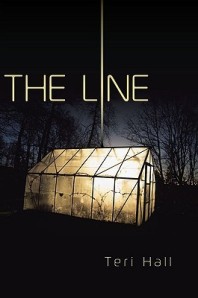 An invisible, uncrossable physical barrier encloses the United States. The Line is the part of the border that lopped off part of the country, dooming the inhabitants to an unknown fate when the enemy used a banned weapon. It’s said that bizarre creatures and superhumans live on the other side, in Away. Nobody except tough old Ms. Moore would ever live next to the Line.

Nobody but Rachel and her mother, who went to live there after Rachel’s dad died in the last war. It’s a safe, quiet life. Until Rachel finds a mysterious recorded message that can only have come from Away. The voice is asking for help.

Who sent the message? Why is her mother so protective? And to what lengths is Rachel willing to go in order to do what she thinks is right?

Addison Coleman’s life is one big “What if?” As a Searcher, whenever Addie is faced with a choice, she can look into the future and see both outcomes. It’s the ultimate insurance plan against disaster. Or so she thought. When Addie’s parents ambush her with the news of their divorce, she has to pick who she wants to live with—her father, who is leaving the paranormal compound to live among the “Norms,” or her mother, who is staying in the life Addie has always known. Addie loves her life just as it is, so her answer should be easy. One Search six weeks into the future proves it’s not.

In one potential future, Addie is adjusting to life outside the Compound as the new girl in a Norm high school where she meets Trevor, a cute, sensitive artist who understands her. In the other path, Addie is being pursued by the hottest guy in school—but she never wanted to be a quarterback’s girlfriend. When Addie’s father is asked to consult on a murder in the Compound, she’s unwittingly drawn into a dangerous game that threatens everything she holds dear. With love and loss in both lives, it all comes down to which reality she’s willing to live through . . . and who she can’t live without. 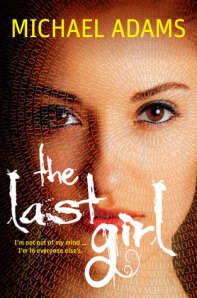 The end of the world happened quickly. The sun still shone, there was no explosion – just a tsunami-sized wave of human thought drowning the world in telepathic noise as everyone’s inner-most secrets became audible. Everyone’s thoughts, that is, except sixteen-year-old Danby.

Everyone looked like bad actors in a poorly dubbed movie. Their expressions didn’t match their emotions and their lips didn’t sync with what they were saying. But they were all so loud.

The end of the world happens in the blink of an eye.

When The Snap sweeps the globe, everyone can instantly hear everything that everyone else is thinking. As secrets and lies are laid bare, suburbs and cities explode into insanity and violence. What might have been an evolutionary leap instead initiates the apocalypse.

Sixteen-year-old Danby Armstrong’s telepathy works very differently. She can tune into other people but they can’t tune into her. With only this slender defence, Danby must protect her little brother and reach the safety of her mother’s mountain retreat. But it’s 100 kilometres away and the highways are blocked by thousands of cars and surrounded by millions of people coming apart at the psychic seams.

Danby’s escape is made even more dangerous by another cataclysm that threatens humanity’s extinction. And her ability to survive this new world will be tested by a charismatic young man whose power to save lives may be worse than death itself.

In Sloane’s world, true feelings are forbidden, teen suicide is an epidemic, and the only solution is The Program.

Sloane knows better than to cry in front of anyone. With suicide now an international epidemic, one outburst could land her in The Program, the only proven course of treatment. Sloane’s parents have already lost one child; Sloane knows they’ll do anything to keep her alive. She also knows that everyone who’s been through The Program returns as a blank slate. Because their depression is gone—but so are their memories.

Under constant surveillance at home and at school, Sloane puts on a brave face and keeps her feelings buried as deep as she can. The only person Sloane can be herself with is James. He’s promised to keep them both safe and out of treatment, and Sloane knows their love is strong enough to withstand anything. But despite the promises they made to each other, it’s getting harder to hide the truth. They are both growing weaker. Depression is setting in. And The Program is coming for them.

It started with a bus crash.
Daisy Appleby was a little girl when it happened, and she barely remembers the accident or being brought back to life. At that moment, though, she became one of the first subjects in a covert government program that tests a drug called Revive.
Now fifteen, Daisy has died and been Revived five times. Each death means a new name, a new city, a new identity. The only constant in Daisy’s life is constant change.
Then Daisy meets Matt and Audrey McKean, charismatic siblings who quickly become her first real friends. But if she’s ever to have a normal life, Daisy must escape from an experiment that’s much larger–and more sinister–than she ever imagined.
From its striking first chapter to its emotionally charged ending, Cat Patrick’s Revived is a riveting story about what happens when life and death collide.

My name is Tegan Oglietti, and on the last day of my first lifetime, I was so, so happy.
Sixteen-year-old Tegan is just like every other girl living in 2027–she’s happiest when playing the guitar, she’s falling in love for the first time, and she’s joining her friends to protest the wrongs of the world: environmental collapse, social discrimination, and political injustice.
But on what should have been the best day of Tegan’s life, she dies–and wakes up a hundred years in the future, locked in a government facility with no idea what happened.
Tegan is the first government guinea pig to be cryonically frozen and successfully revived, which makes her an instant celebrity–even though all she wants to do is try to rebuild some semblance of a normal life. But the future isn’t all she hoped it would be, and when appalling secrets come to light, Tegan must make a choice: Does she keep her head down and survive, or fight for a better future?

Award-winning author Karen Healey has created a haunting, cautionary tale of an inspiring protagonist living in a not-so-distant future that could easily be our own.

A thought-provoking and exciting start to a riveting new dystopian trilogy.

As an obedient orphan of the U.N.A. (the super-country that was once Mexico, the U.S., and Canada), Alenna learned at an early age to blend in and be quiet—having your parents taken by the police will do that to a girl. But Alenna can’t help but stand out when she fails a test that all sixteen-year-olds have to take: The test says she has a high capacity for brutal violence, and so she is sent to The Wheel, an island where all would-be criminals end up.

The life expectancy of prisoners on The Wheel is just two years, but with dirty, violent, and chaotic conditions, the time seems a lot longer as Alenna is forced to deal with civil wars for land ownership and machines that snatch kids out of their makeshift homes. Desperate, she and the other prisoners concoct a potentially fatal plan to flee the island. Survival may seem impossible, but Alenna is determined to achieve it anyway.

Since she’d been on the outside, she’d survived an Aether storm, she’d had a knife held to her throat, and she’d seen men murdered. This was worse.

Exiled from her home, the enclosed city of Reverie, Aria knows her chances of surviving in the outer wasteland – known as The Death Shop – are slim. If the cannibals don’t get her, the violent, electrified energy storms will. She’s been taught that the very air she breathes can kill her. Then Aria meets an Outsider named Perry. He’s wild – a savage – and her only hope of staying alive.

A hunter for his tribe in a merciless landscape, Perry views Aria as sheltered and fragile – everything he would expect from a Dweller. But he needs Aria’s help too; she alone holds the key to his redemption. Opposites in nearly every way, Aria and Perry must accept each other to survive. Their unlikely alliance forges a bond that will determine the fate of all who live under the never sky.

Search on my blog

Who's writing on the blog 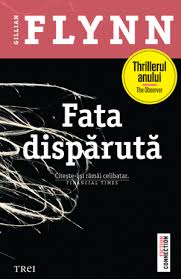 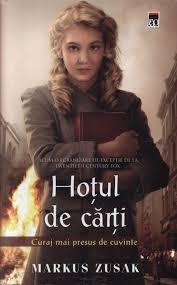 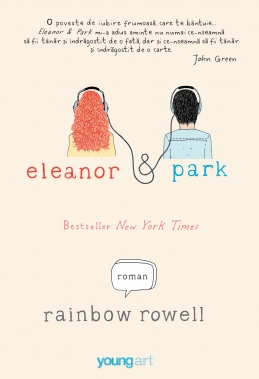 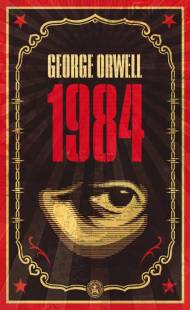 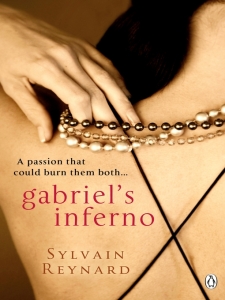 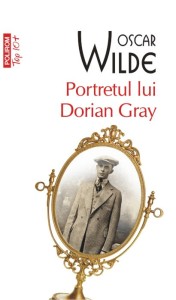 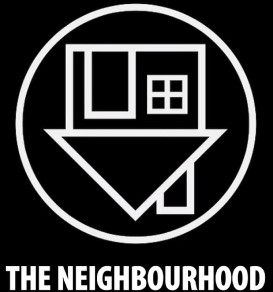 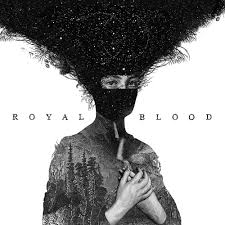 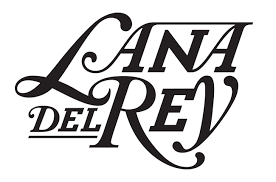 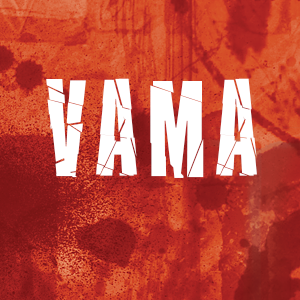 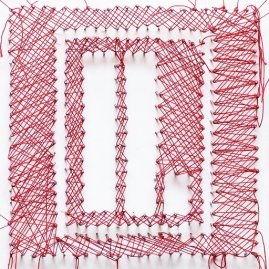 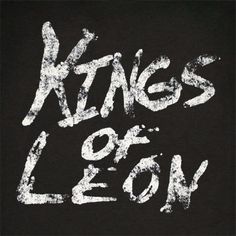